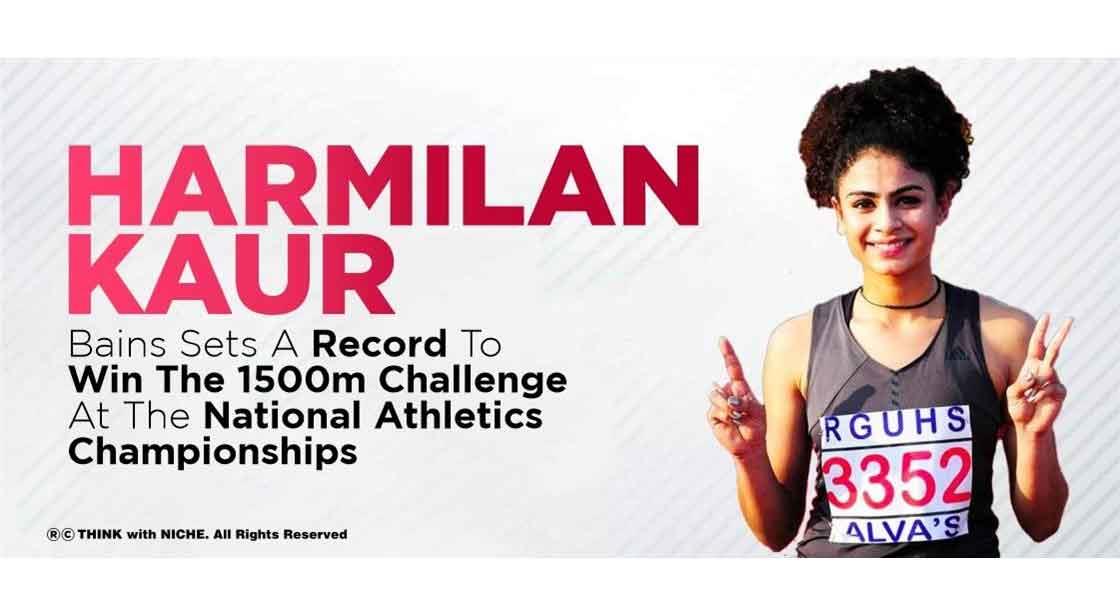 Harmilan's time, however, fell short of the qualifying standard for the World Championships. The Asian Games in Busan in 2002 saw Sunita Rani run the 800m in 4:06.03, and Harmilan smashed that mark with a time of 4:05.39 in the same meet that her mother, Madhuri Singh, won the silver medal. Harmilan also smashed OP Jaisha's Delhi 2006 mark of 4:11.83. Harmilan needed this to happen on the route to the Olympics because she was in the 49th position in the Tokyo rankings with just 45 spots left when it happened.

Both of her parents, Amandeep Singh Bains and Madhuri Singh, were former international middle-distance runners. Harmilan Bain has improved dramatically in the previous few years. Two years ago, her best time was 4:21.08; today, she runs in 4:05. According to the Athletics Federation of India, Harmilan has shown significant development, rising from 4:14.68 in the Khelo India University Games in Bhubaneswar last year to 4:08.70 and 4:08.27 in the Federation Cup on March 16 and the Indian Grand Prix 4 on June 21 in Patiala respectively. Instead of a regional or state record, she ended up with a national one this time around.