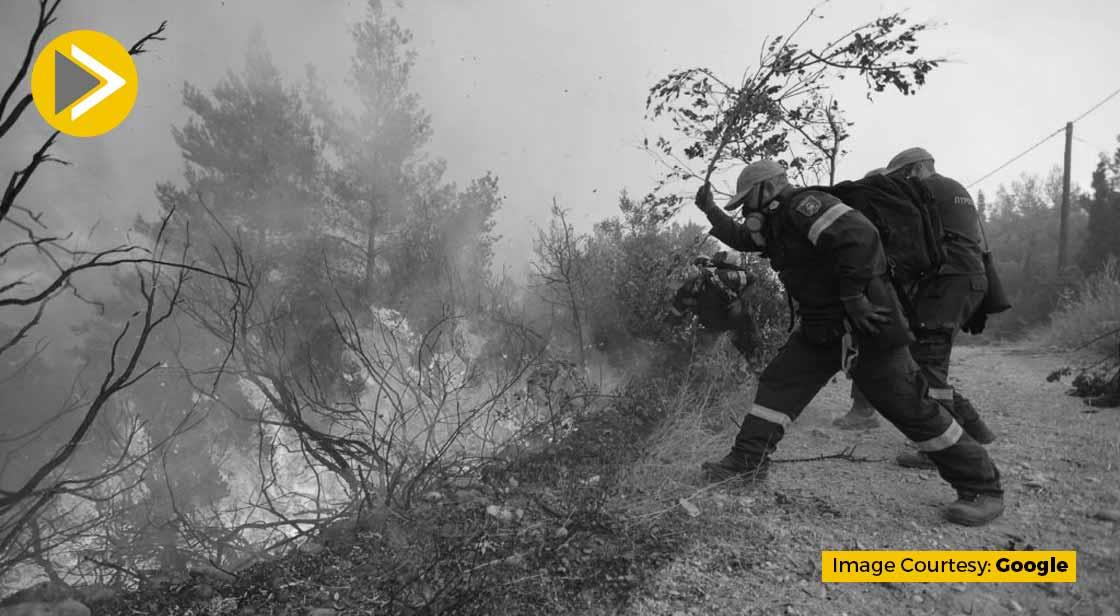 Climate change is one reason for the raging wildfires in the Greek Island of Evia, along with the inadequate action plan of the government, ignoring the warnings by scientists, the consequences are dire. The island is burning and people are being forced to watch their houses and businesses burn to ashes, helplessly. Without relief on the 8th day, the fires continue to destroy the villages and homes. No matter the amount of effort being put in by the fire fighting crew and the volunteers, the fire is not under control, rather it is spreading, consuming hectares of  forest land in its grasp, making the air filled with fine dust and ash, with many being forced to evacuate as there is no other choice.

Despite the danger that looms over their head, people of the island of Evia seem reluctant to leave their homes and properties, citing a deep sense of connection with their properties. Residents are using hoses to help the firefighters to cut down the flames and save their homes. Nonetheless, the flames are not dying down.

On monday, the president,  Kyriakos Mitsotakis, apologize for the terrible sufferings of people and the burning inferno, as his government sets to count the loss of life and property.