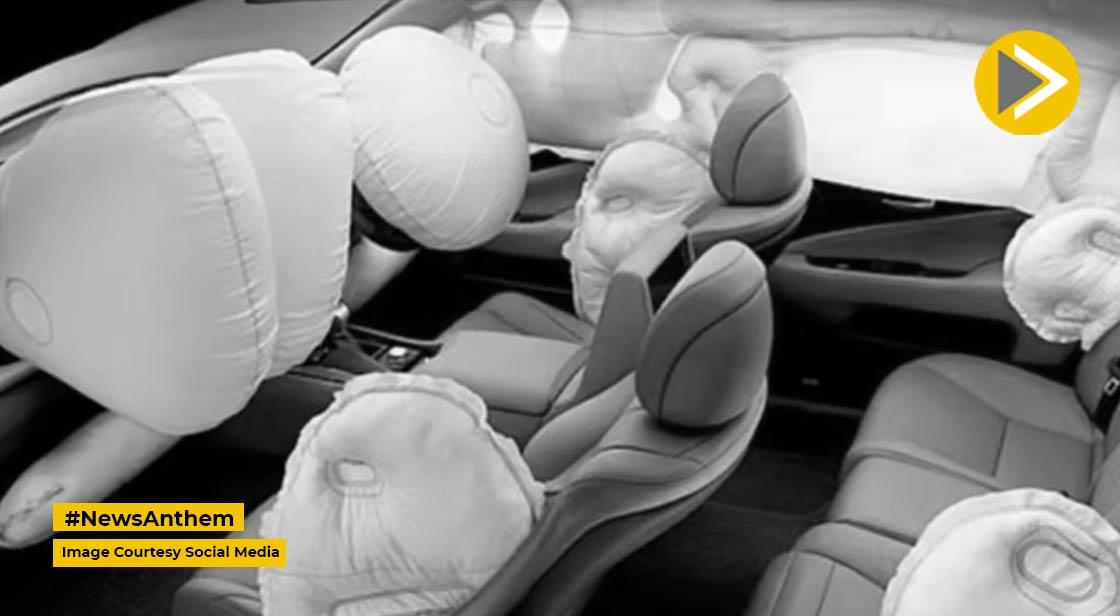 The country's Union Road Transport Minister Nitin Gadkari said in his statement on Wednesday that most of the automobile manufacturers in India are already exporting cars with 6 airbags, and there is a need to adopt the same safety norms for cars in the country. Emphasizing this, Mr. Gadkari said that they should also think about the safety of people using small affordable cars. Addressing the annual session of the Automotive Component Manufacturers Association of India (ACMA) in Delhi, Nitin Gadkari said that every year around 5 lakh road accidents kill 1.5 lakh people and injure more than 3 lakh. He further added that "Most of the automobile manufacturers in India are exporting cars with 6 airbags. But in India, because of the economic model and cost, they are hesitating."

Gadkari wondered why automobile manufacturers are not thinking about the lives of people who use economy cars in India. Mostly, the lower-middle-class people buy small economy cars. Nitan Gadkari said, "We need the cooperation of the automobile industry to reduce accidents. There should be healthy competition among manufacturers to produce safe cars."

From October, the government is attempting to make it mandatory for automakers to include at least six airbags in eight-seater vehicles for enhanced occupant safety. Gadkari's remarks are significant because they come at a time when the automobile industry is concerned that high taxes and stricter safety and emission standards for vehicles have made their products more expensive.

In a statement earlier this year, the Ministry of Road Transport and Highways (MoRTH) stated that in order to improve the safety of motor vehicle occupants against lateral impact, it has been decided to improve safety features by amending the Central Motor Vehicles Rules (CMVR), 1989.