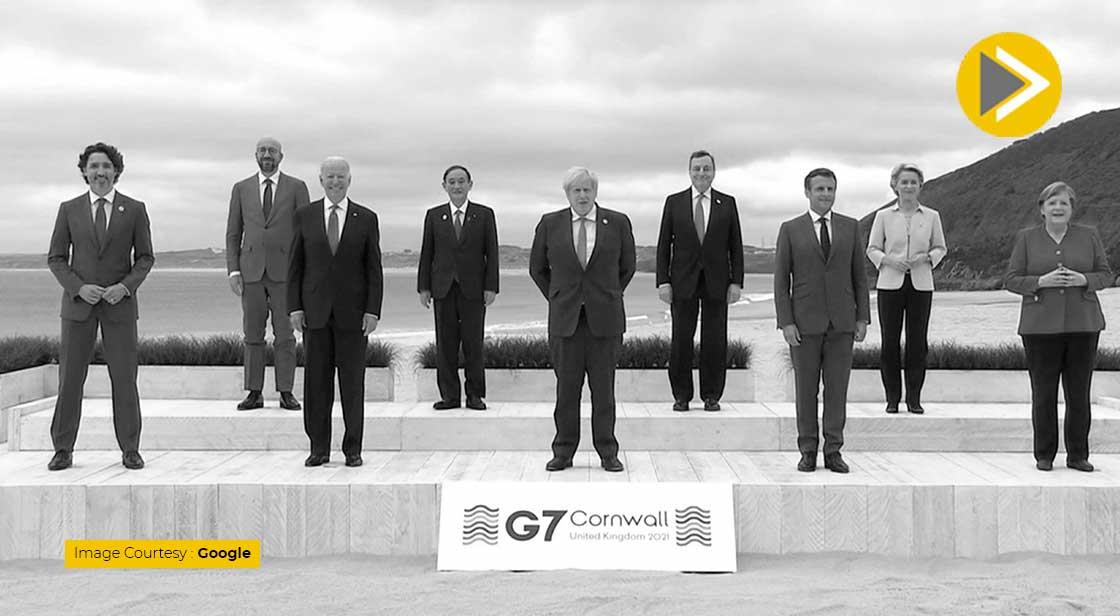 while condemning Russia's "unprovoked, unjustifiable and illegal military aggression" against Ukraine and the "indiscriminate attacks" against civilians and civilian infrastructure, pledged to continue imposing severe economic sanctions on Kremlin for its "unjustifiable war".

G7 announced this after a virtual meeting of the G7 leaders, who were joined by

Other than this, the leaders of the group also commemorated the end of World War 2 in Europe, which happened on this day in the year 1945.

In its statement, G7 said, "Seventy-seven years later, President Putin and his regime now chose to invade Ukraine in an unprovoked war of aggression against a sovereign country. His actions bring shame on Russia and the historic sacrifices of its people.”

While accusing Moscow of violating the international rules-based order, particularly the UN Charter, the statement request all "partners to join our (G7's) support for the Ukrainian people and for refugees, and to help Ukraine to rebuild its future."

The G7 further stated, "We reiterate our condemnation of Russia's unprovoked, unjustifiable and illegal military aggression against Ukraine and the indiscriminate attacks against civilians and civilian infrastructure, which has resulted in terrible humanitarian catastrophe in the heart of Europe."