First Image of Black Hole at the Center of Milky Way 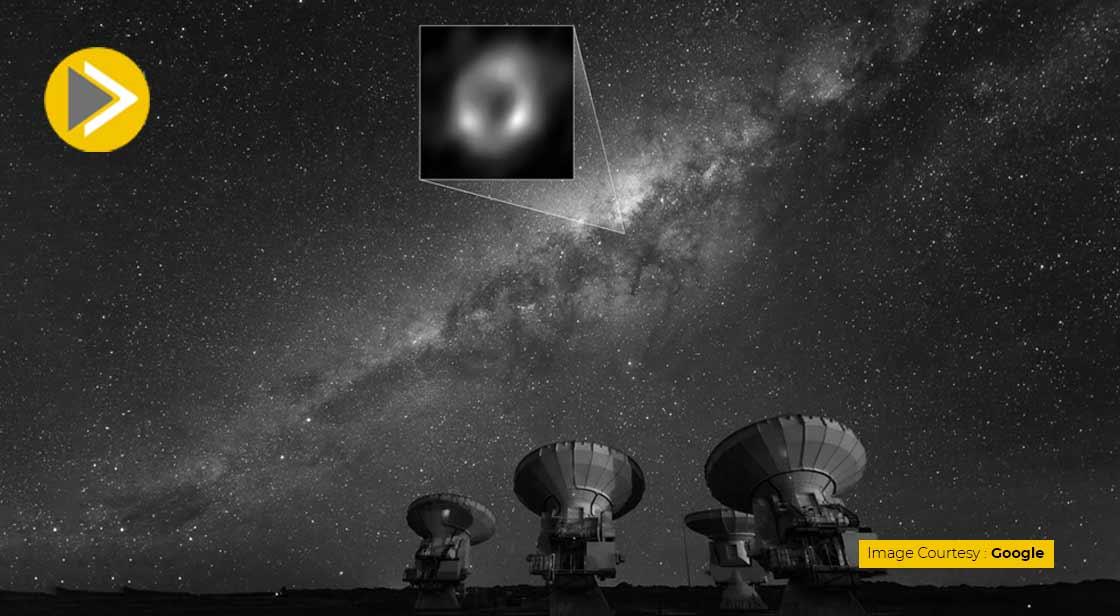 The first-ever image of a supermassive black hole in the Milky Way was revealed on Thursday, the first direct visual evidence of the gentle giant, lying at the center of our galaxy.

The photo shows an oval-shaped void surrounded by a bright ring of glowing gas. It is also the second image captured of a black hole and the first image to provide a detailed glimpse of the immense feature. It is called Sagittarius A*, at the Milky Way’s core.

The study was conducted by an international team of astronomers, which is also known as the Event Horizon Telescope. The team consists of more than 300 scientists from 80 different institutions around the world.

Sagittarius A* is approximately 27,000 lightyears away from the Earth and is 4 million times more massive than the Sun. It is believed that almost all these galaxies contain a black hole at their center, but it is challenging for astronomers to get direct views of these black holes as these do not emit light.

Feryal Özel, a professor of astronomy and astrophysics at the University of Arizona and a member of the research team has said that Sagittarius A* is completely dark, but the image has captured a glowing ring around a cloaked center.  Astronomers believe that the glowing ring could be identified as the telltale shadow of the black hole.

This image was created using eight radio telescopes around the world that act as one giant observatory. Vincent Fish, a research scientist at the MIT Haystack Observatory in Massachusetts said the technique involved connecting a pair of telescopes very far apart into the equivalent of a planet-sized telescope.