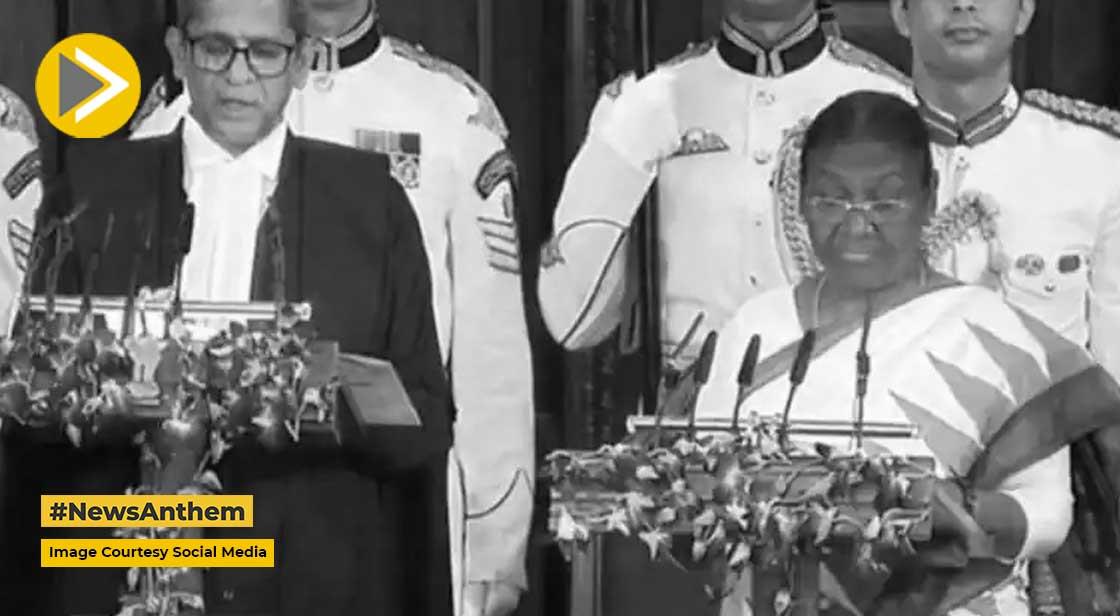 Draupadi Murmu was today sworn in as the 15th President of India. The 64-year-old former teacher is from the state of Odisha and she previously served as the Jharkhand Governor. She is the first tribal to hold the top position in the nation.

"My elevation as president is not just my achievement but that of everyone in the country, that they can dream of reaching this level," Ms Murmu said after taking the oath. In India, the President is the head of state but has no executive authority.

He or she is chosen by the members of the legislative bodies of the states and union territories that are governed by the federal government as well as both houses of parliament.

Yashwant Sinha, the veteran politician standing for the opposition, was defeated handily by Murmu. In the 1990s and the beginning of the 2000s, Sinha served as a senior minister in the BJP government headed by then-prime minister Atal Bihari Vajpayee. He is now an outspoken opponent of both the party and Prime Minister Narendra Modi.

Ram Nath Kovind, whose term as president ended on July 24, has been succeeded by Murmu. After a thorough debate of 20 names that the BJP and its partners had considered, Ms. Murmu was selected as the presidential candidate. She claimed that the news of her nomination had "surprised" and "delighted" her when she saw it on television.

After learning of her nomination, she told reporters, "As a tribal lady from a rural Mayurbhanj area, I had not thought about becoming the candidate for the highest post. Odisha's political leaders had praised her nomination and referred to her as a "daughter of the soil."

Draupadi Murmu has broken the record of Neelam Sanjeeva Reddy. When Reddy assumed the office of President, his age was 64 years 2 months 6 days. Draupadi Murmu's age is also 64 years, but on the day of swearing-in, her age will be 64 years, one month, and four days. In this way, she will be the youngest President of the country. Draupadi Murmu,  belongs to the tribal community Santhal. She studied till graduation. She obtained this degree from Ramadevi Women's College, Bhubaneswar. Draupadi Murmu was born on 20 June 1958. Murmu has been the Governor of Jharkhand. If we talk about her political career, then Draupadi Murmu started work in politics from ground zero. She first became a Nagar Panchayat councilor from Rairangpur in 1997. After this, she has also been MLA from Rairangpur in Odisha twice. Along with this, she has also been a Minister in the coalition government of Bharatiya Janata Party (BJP) and Biju Janata Dal. Apart from this, she has also been the first woman governor of Jharkhand. She is the first Odia leader who was made the Governor.