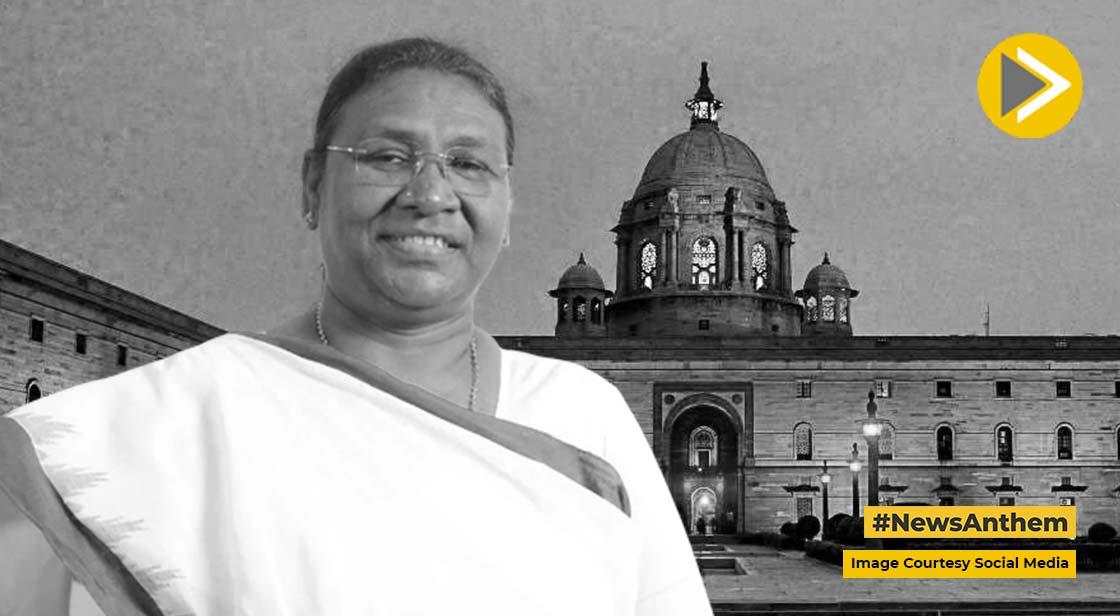 National Democratic Alliance's (NDA) Draupadi Murmu was today elected as the 15th President of India. With this, Murmu has become the first tribal person to become the Indian President.

The counting of votes commenced at the Parliament House in Delhi this morning. The count of votes began at 11 AM. National Democratic Alliance (NDA's) candidate Draupadi Murmu was the strongest candidate against the opposition's candidate Yashwant Sinha in the competition. Murmu's chances of winning were bright with several political parties offering their support to her.

On July 18, almost 4,800 elected MPs and MLAs voted to elect the next President of India. The elected President will take the oath of office on July 25 as the term of the incumbent President Ram Nath Kovind is ending on July 24.

Murmu was expected to receive about two-thirds of the vote thanks to the backing of regional parties including the BJD, YSRCP, BSP, AIADMK, TDP, JD(S), Shiromani Akali Dal, Shiv Sena, and now the JMM. She would hold the top constitutional position for the first time as a woman from the tribal community.

After receiving backing from several regional parties, the National Democratic Alliance (NDA) nominee now has more than 6.67 lakh votes out of a total of 10,86,431 votes. Members of state legislative assemblies and elected MPs make up the electoral college that uses the proportional representation system to elect the president. Members of legislative councils, MPs, MLAs, and MLAs who have been nominated are not eligible to vote in this election.

Murmu, a Jharkhand Governor since 2015, was born on June 20, 1958, into a Santhali tribal family in the Mayurbhanj district of Odisha. Murmu joined the BJP in 1997 after earning a BA from the Rama Devi Women's University in Bhubaneswar in 1979.

Murmu was a teacher before embarking on an outstanding career in politics. She was a councillor for Rairangpur Nagar Panchayat in 1997 as well as a junior assistant in the irrigation department. Murmu was also the BJP's Scheduled Tribes Morcha's deputy president.

The Presidential candidate has remained MLA from the Rairangpur constituency twice in 2000 and 2009.