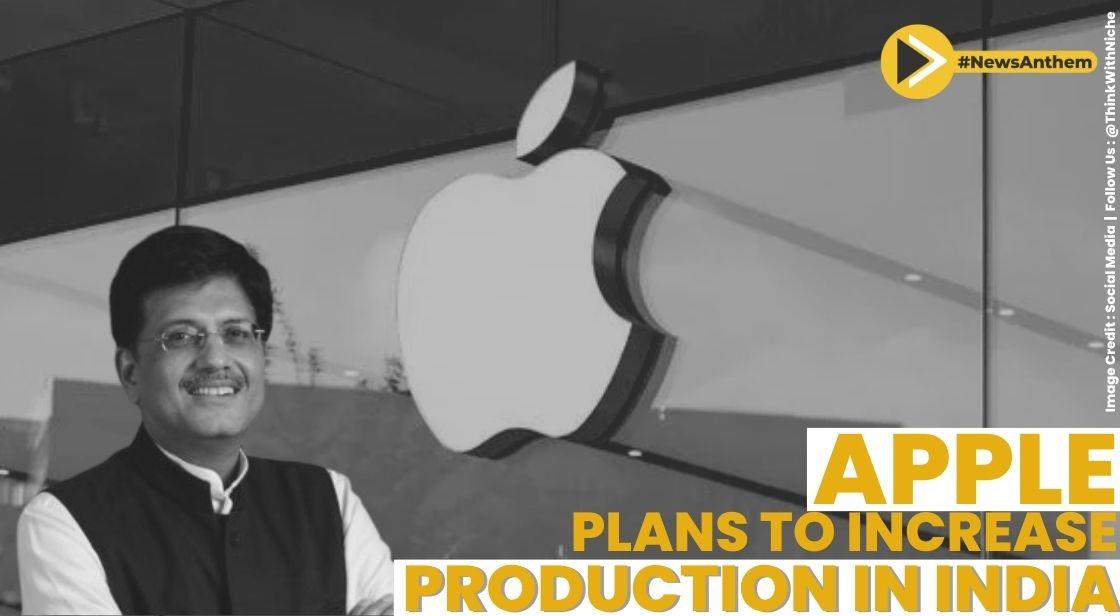 According to Piyush Goyal, the Minister of Commerce and Industry, Apple, the manufacturer of the iPhone, is looking to expand its manufacturing operations in India since the country's economic climate encourages foreign companies to establish a presence here.

According to him, India has transparent government policies, a rule of law, no opaque business methods, and no hidden subsidies, all of which contribute to it being a preferred location for foreign investors.

Speaking about success stories of foreign businesses, he claimed that Apple already conducted 5-7% of its manufacturing in India. "If I am not mistaken, they are targeting to go up to 25% of their manufacturing.

The minister stated that India's competitiveness is the reason why foreign companies have always found success here.

Speaking in a different session, he claimed that MSMEs flourish in the vicinity of a larger unit or anchor.

He gave the example that as Apple's manufacturing facility is built, thousands of MSME businesses flourish in the ecosystem and serve as mini value chain suppliers to Apple.

He predicted that this would be a challenging year for the world when asked about the uncertainty in the global economy. He said that although there is substantial inflation in many nations, India has maintained its pricing stability.

According to him, inflation has often been about 4.5% during this government's time, although earlier figures of 10-12% inflation were not uncommon.

As industrialized nations experience a slowdown, the Modi administration's initiatives have helped the Indian economy grow at one of the highest rates in the world, according to Goyal.

Regarding the nation's rising interest rates, he stated that the crisis brought on by the Covid-19 pandemic and the conflict between Russia and Ukraine was to reason.

He stated, "We believe that every strong step that we have taken to control inflation, RBI would keep that in mind and take steps,"