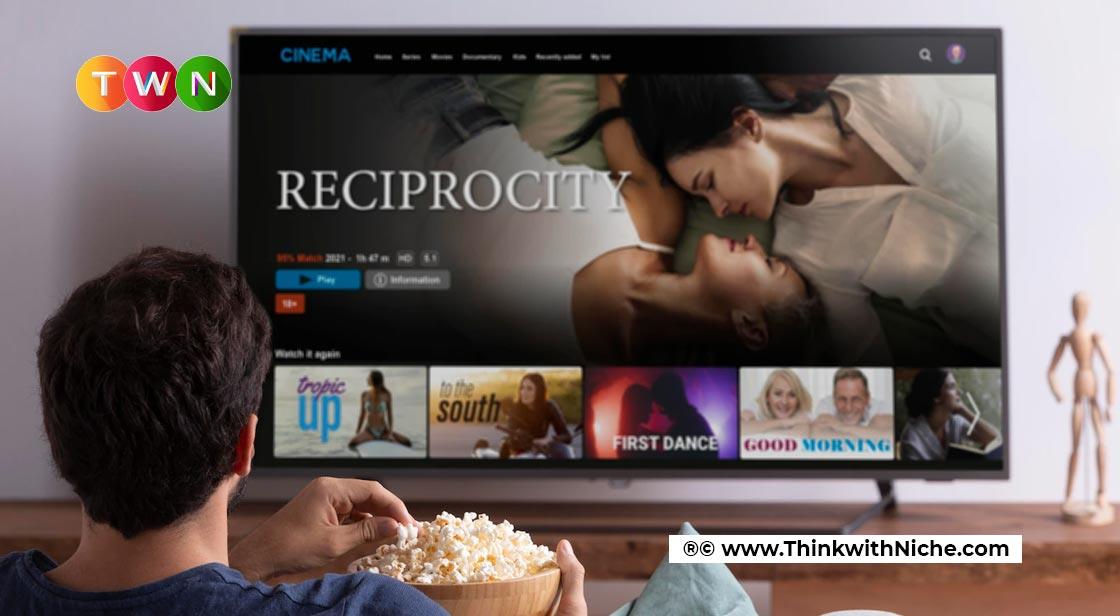 OTT has become a huge industry in a short span of time. In this blog we try to understand what led to the massive rise of OTT in India. We also decode the various reasons behind the rise.#ThinkWithNiche

COVID has affected many big industries around the world but if there’s one industry that has benefitted from the pandemic, it is the OTT industry. It wouldn’t be an exaggeration to say that the pandemic has fuelled the OTT business and helped it to increase its users. Reports suggest that during the past two years, OTT subscription has gone up by almost 50%. That’s a huge growth percentage by any standard. This was mostly made possible because of the lockdown that was implemented by governments all around the world. People, stuck inside their houses with nothing to do, headed to streaming platforms to kill boredom and to enjoy their free time, It became a primary source of entertainment.

OTT, which stands for Over-The-Top entertainment, is a relatively new industry for the Indian market but the rate at which it has grown and expanded is huge. Netflix, which was one of the first major streaming services to have set foot in India, has gained over more than 3 million paid subscribers in the past year. While Netflix has a large number of subscribers, it's still lagging behind Disney+Hotstar which apparently holds more than 400 million active users, and Amazon Prime which has around 4.4 million paid subscribers in India. These are huge numbers and it only comments on the fact that OTT is the future.

Reasons Behind The Rise

There are many reasons behind this huge growth in the OTT industry but the major one seems to be the lockdown and the harrowing boredom and anxiety it brought along with itself. This compelled many people to buy subscriptions to their favorite streaming services and indulge in movies and shows of their choice. Another major reason behind the boom in the OTT industry is the closing down of cinema halls. Cinema Halls had begun to face tough competition from OTT services even before the lockdown. The ease of watching shows and films from around the world in the comfort of your house is way more tempting than traveling to a cinema hall near you. The time and effort one saves from being stuck in traffic is the major reason why many people had begun to prefer OTT platforms over the traditional cinema hall experience. This was only fulled further by the lockdown when all the cinema halls around the country were shut down.

Another major reason why buying an OTT subscription makes sense to many people is the large variety of shows and films that are streaming online. Compared to the satellite broadcasting services such as Tata Sky, Dish TV, OTT platforms have a huge catalog of different shows and films. Netflix alone has more than 15,000 titles, shows, and films combined, and that too from different countries. This gives OTT platforms an edge over satellite television.

There's no denying that the OTT industry is going through a honeymoon period in India. This boom has further compelled other major media corporations to launch their own streaming platform. Sony Liv, Alt Balaji, Voot, Zee5, and many others have entered the market in a bid to capture the largest audience. India reportedly has more than 40+ streaming services and it looks like there's more to come. With such a cut-throat competition, it'd be interesting to see which streaming service comes out at the top. But one thing is certain, OTT has given a huge opportunity to many creators and producers to make interesting content. Shows such as Sacred Games, Delhi Crime, Paatal Lok, and Scam 1992 have become huge successes. These shows couldn't have seen the light of the day had it not been for OTTs. With all this, it's safe to say that OTT will change the way we consume content.